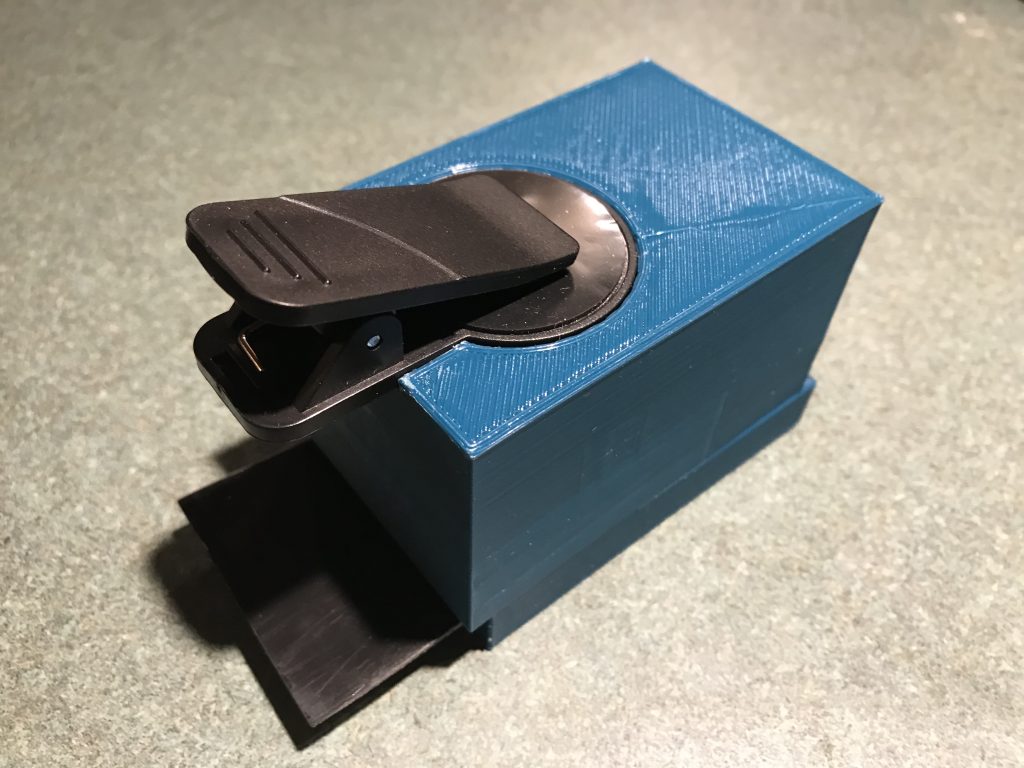 CHAMPAIGN, Ill. — Most viral test kits rely on labor- and time-intensive laboratory preparation and analysis techniques; for example, tests for the novel coronavirus can take days to detect the virus from nasal swabs. Now, researchers have demonstrated an inexpensive yet sensitive smartphone-based testing device for viral and bacterial pathogens that takes about 30 minutes to complete. The roughly $50 smartphone accessory could reduce the pressure on testing laboratories during a pandemic such as COVID-19.

“The challenges associated with rapid pathogen testing contribute to a lot of uncertainty regarding which individuals are quarantined and a whole host of other health and economic issues,” Cunningham said.

The study began with the goal of detecting a panel of viral and bacterial pathogens in horses, including those that cause severe respiratory illnesses similar to those presented in COVID-19, the researchers said.

“Horse pathogens can lead to devastating diseases in animal populations, of course, but one reason we work with them has to do with safety. The horse pathogens in our study are harmless to humans,” Cunningham said.

A schematic drawing of the new device system.

The new testing device is comprised of a small cartridge containing testing reagents and a port to insert a nasal extract or blood sample, the researchers said. The whole unit clips to a smartphone.

Inside the cartridge, the reagents break open a pathogen’s outer shell to gain access to its RNA. A primer molecule then amplifies the genetic material into many millions of copies in about 10 or 15 minutes, the researchers said. A fluorescent dye stains the copies and glows green when illuminated by blue LED light, which is then detected by the smartphone’s camera.

“This test can be performed rapidly on passengers before getting on a flight, on people going to a theme park or before events like a conference or concert,” Cunningham said.  “Cloud computing via a smartphone application could allow a negative test result to be registered with event organizers or as part of a boarding pass for a flight. Or, a person in quarantine could give themselves daily tests, register the results with a doctor, and then know when it’s safe to come out and rejoin society.”

There are a few preparatory steps currently performed outside of the device, and the team is working on a cartridge that has all of the reagents needed to be a fully integrated system. Other researchers at the U. of I. are using the novel coronavirus genome to create a mobile test for COVID-19, and making an easily manufactured cartridge that Cunningham said would improve testing efforts.

Study co-authors with Cunningham and Bashir were Fu Sun, Anurup Ganguli and Matthew B. Wheeler, of the U. of I.; and Ryan Brisbin and David L. Hirschberg, of RAIN Incubator; Krithika Shanmugam, of the University of Washington; and veterinarian David M. Nash.

The National Science Foundation and the Center for Genomic Diagnostics at the U. of I. ’s Carl R. Woese Institute for Genomic Biology supported this research.

Bashir also is the dean of the Grainger College of Engineering at Illinois.

Cunningham also is affiliated with bioengineering and materials science and engineering, the Carl R. Woese Institute for Genomic Biology, the Holonyak Micro and Nanotechnology Lab, the Carle Illinois College of Medicine and the Beckman Institute for Advanced Science and Technology at Illinois.

Cunningham serves as a consultant to and owns stock in Reliant Immune Diagnostics, the company that licensed the technology described in this news release.

The paper “Smartphone-based multiplex 30-minute nucleic acid test of live virus from nasal swab extract” is available online and from the U. of I. News Bureau. DOI: 10.1039/D0LC00304B